PIOCCI invited Mr. Saumitra Gokhale, Global Coordinator of Hindu Swayamsevak Sangh (HSS) in a deliberation in to the future of PIOCCI. The officials of PIOCCI had an enviable interaction with him.

He is a Mechanical Engineer by Profession having done Masters in the subject. He graduated with a B.E. from Pune and with M.S. (Mech.) from Canada. After finishing his studies he decided to dedicate his life for the sake of society. Since 1999, he has been working as a pracharak of HSS in Caribbean Countries, Canada and the USA. He is currently Global Coordinator of HSS. In a gathering of Members, he was introduced to PIOCCI and its goals. He was impressed by the work carried out by the PIOCCI and commended it. 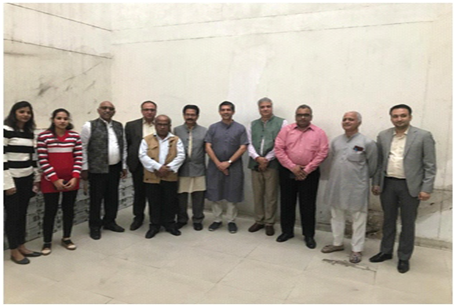